The History of Spur Electron 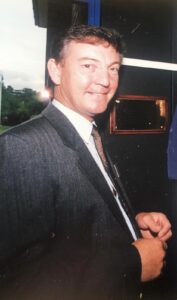 Spur Electron was started in a potting shed in 1982 by Malcolm Snowdon.

Having worked at ERNO (Aerospace) as the Deputy Director of Spacelab (all parts, materials and processes), Malcolm returned to England in 1982 to start Spur Electron as an independent consultant to the global space industry. The business was initially meant to be a stop gap as Malcolm dreamed of opening a stud farm (hence where the name Spur hails). Whilst the stud farm never happened, a forty-year-old, industry leading, independent business took its place.

The Spacelab project was one of the first projects that used a centralised procurement system, instigated by Malcolm and was the basis of the CPPA (centralised parts procurement agency) model that is used now for large Space projects. Since 1982 Spur Electron has succeeded in being a small part of the space race, having been involved in many projects from multiple global space agencies and contributing to projects such as:

In 1992, Spur Electron moved to purpose-built premises, opened by Lars Tedeman, Head of Product Assurance and Safety at ESA/ESTEC.

Since then, Spur Electron has built on it’s impressive reputation working with customers such as:

Malcolm retired in July 2020, succeeded as Managing Director by Cathy Chandler who originally joined Spur Electron in 2001 as a Laboratory Technician.